How to Stop Binge Eating Disorder 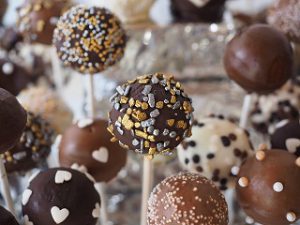 The First Step in Learning How to Stop Binge Eating Disorder

Many people go through their days experiencing a wide variety of feelings, often without noticing their internal world. Instead of checking inside themselves, they either find food to binge or start planing a binge. Binge eating often happens after coping with difficulty. The first step in learning to stop binge eating disorder is to pay attention internally. Some people are so frightened of unpleasant emotions when they get a glimpse of feeling bad, they push the feeling away.

The first step in learning to stop binge eating disorder is to notice the uncomfortable feeling. If you need to numb it with food, go forward with the binge. When people try to rebel against themselves, they give in to the behavior they want to stop. Also, see if you can notice if you start to beat yourself up with negative self-talk.

The Second Step of Learning To Stop Binge Eating Disorder

Pause Before or During Binge Eating

People who struggle with binge eating disorder often are reacting. Their focus is on the food. Usually, people are moving quickly, and they do not have time to notice what they are thinking or feeling. When planning a binge or beginning to start binge eating, see if you can take a minute to pause before or during eating. In that, notice if you can come up with a thought, a feeling, or a word that describes your internal experience. You may be feeling deprived of treats, uncomfortable feelings, or some people eat foods that they feel they have no control over, such as trigger foods. Other thoughts or feelings can include rewards for working hard,  punishments for eating food they have deemed illegal or eating foods with positive childhood memories. After the pause, if you need to go ahead and eat. If you stop yourself from eating, later, you might rebel against yourself and binge to a greater extent. 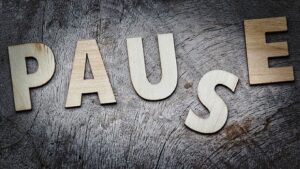 The Third Step in Learning How to Stop Binge Eating Disorder

Practice steps one and two add more methods of expressing and experiencing feelings.

Some people have difficulty figuring out what emotions they are feeling. You may need some practice and make guesses at what emotions are trigger binge eating disorder. It is recommended that you practice turning inward and notice your experience. Once you can identify what you are thinking or feeling, choose methods to help you move toward and process your emotions Rather than numb yourself.

Some suggestions to help process your feelings include

Feelings jump out at you. Feelings will not go away because you wish they would. They need to diffuse naturally. They will lift in time.

This group will start at around 5-8 members. The group will start online. The aim will be to create an environment in which men can open up about their disordered / binge eating issues. If you find yourself constantly ordering seamless without knowing why, eating to the point of discomfort, or feeling alone from the shame and guilt associated with this pattern – joining a group will be a positive way to reorient yourself. Together we will look at what feelings underlie the painful behaviors and process them to foster change.