Do you ever think to yourself, I eat to numb out?

Do you find yourself stuffing food in your mouth even When you do care for the food?

Feel-good brain chemistry can cause binge eating. People discuss the need for comfort food, which most individuals think of as psychological. However, binge eating has a biochemical reaction in the brain that makes us feel better.

Neurons are nerve cells that transmit information to other cells in the brain and the body. Data comes into the neuron through the dendrites from other neurons. The dendrites are long tentacles that reach out from the cell body and pass the information.

The information is passed along through chemicals called neurotransmitters. Although there are many types of neurotransmitters, researchers have identified a few which are involved with mood. These include serotonin, norepinephrine, and Dopamine. These mood states include depression, anxiety, and obsessive-compulsive behavior. 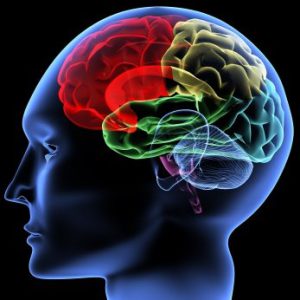 Serotonin is probably researched about mood and appetite regulation. When serotonin is released, it produces calm, contentment, and a lessening of depression and anxiety. Adequate quantities of serotonin also indicate a feeling of fullness and reduced appetite. Conversely, low levels of serotonin bring about increased depression, anxiety, and increased hunger. Many anti-depressants work by increasing the availability of circulating serotonin in the brain. Serotonin, in short, is a potent mood enhancer and appetite regulator.

The study of food, appetite, and neurotransmitters is still in its infancy as far as research goes. However, there have been many reliable connections between how much we eat and the foods’ effects on our feel-good moods.

People prone to use food for comfort when stressed, anxious, or depressed find themselves binging on sweets, baked goods, and desserts to help reduce their emotional discomfort. Carbohydrates increase brain concentrations of an amino acid called tryptophan. Tryptophan is an amino acid that assists the body in making serotonin. Therefore eating carbohydrates can often lead to calmness or even the feeling of being “numbed out, “ which people who binge speak much about as the desired effect they feel by binging. Though the eating the tryptophan is increased and consequently, the levels of serotonin in the brain rise. Individuals experience a rapid decrease of an unpleasant mood.

While eating sugary carbohydrates may seem like a solution to feeling depressed and anxious, it can actually have a side effect on mood. An individual might feel good after eating these foods, but shortly after the good feeling has been experienced, insulin and energy levels drop and cause physiological and psychological depression. It can become a difficult cycle as one might want to obtain a feeling of well-being again, the binging may continue. 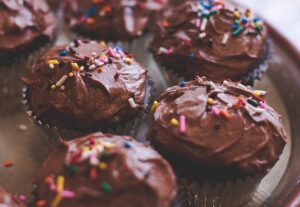 Endorphins are other neurotransmitters in the brain, which purpose is to transmit signals to the nervous system. Researchers have identified at least 20 different endorphins in various parts of the brain and circulated throughout the nervous system. They are mighty because at higher levels can create feelings of intense pleasure. They can also reduce and relieve pain.

Research hypothesize that the sugar/fat combination can contribute to the increased production of endorphins. When one is feeling down or depressed, cravings for foods, such as chocolate, increase endorphins levels. Enhanced endorphin-release sensitivity to pain and contribute to an internal warm cozy feeling. Any food with high sugar and fat content such as doughnuts, baked goods, ice cream, and others can increase endorphin and serotonin levels. One can quickly realize how easy it is to binge on these foods to create at least momentarily a feeling of well-being.

Dopamine is a neurotransmitter that is naturally produced in the body. It helps to regulate movement, emotion, motivation, and the feeling of pleasure. It plays a major part in addiction. Since Dopamine is a chemical messenger, it is similar to adrenaline. It is activating.

Researchers suggest that high protein foods cause a significant elevation in brain dopamine. However, like other delicious sweet foods, chocolate triggers the release of increased dopamine. This increased level of dopamine reduces also reduces pain sensitivity. It may also contribute to the warm, loving feeling that is associated with being with someone special.

The key ingredient in chocolate methamphetamine. is a naturally occurring trace amine in the brain. Phenylethylamine releases dopamine in the pleasure-centers of the brain. It peaks during orgasm. Taken in unnaturally high doses, phenylalanine can increase feelings of attraction, excitement, and happiness and make it easy to see how chocolate is a straightforward food to binge.