Do you have trouble perceiving yourself realistically? Or do you know you obsess and distort parts of your body?

Do you think you look fat when others insist you are underweight?

If this is the case, you may have a form of Body-Dysmorphic-Disorder. People with body-dysmorphic-disorder have a distorted belief about their appearance.  Usually, people struggle a painful obsession with a perceived flaw in their outward appearance.Individuals suffering from an eating disorder, usually anorexia, have a body image that appears flawed to them. Obsessions and anxiety about eating anything and/or foods that deemed illegal become a preoccupation.Let us help with five key issues in Body-Dysmorphic-Disorder.

Body Dysmorphic Disorder,  connected with eating disorders, such as anorexia, bulimia. or binge eating disorder. People become obsessed ab0ut being fat and have a distorted image of their bodies. Below are five key issues in body-dysmorphic disorder to help give you more understanding.

You may fanatically compare yourself with the appearance of others to continue to evaluate your appearance see how you look. You may constantly feel tormented. Often people suffering from anorexia and body-dysmorphic-disorder compare themselves to anyone the see and feel inferior. Often this continuous self-criticism leads to depression. For additional help with feeling unattractive check out https://eatingdisordersadvisors.com/tips-for-improving-your-body-image .

Anxiety and self-conscious around others become a daily occurrence.  Social isolation social phobia, as well as other adverse impacts, can cause significant difficulties in functioning. Refusal to go out and perform daily activities such as school or work can seem impossible. You may find yourself homebound due to the feeling that you do not measure up to other people based on your looks. 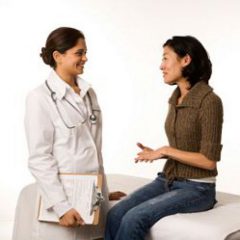 Body-dysmorphic-disorder is often associated with obsessive-compulsive disorder. If you have OCD, you may experience pounding, uncontrollable thoughts about your body being fat. The only way to rid yourself of these thoughts may be to restrict your eating to tiny amounts of caloric intake in a day. A history of or genetic predisposition to an obsessive-compulsive disorder may make you more vulnerable to BD

You may feel if you can just look perfect on the outside,  other people will find you unappealing and reject you. If rejection occurs, you may be unable to see the actual situation and blame your outward appearance. BDD often related to low self-esteem, shame and embarrassment that gets projected onto your body rather than on yourself as a total person. You may not understand how you are pushing others away.

You may feel less worth than others in your family, or you may feel your parents have high expectations which you can never meet. At times when people cannot perform to the degree that is expected academically or in professional environments, they tend to try to make their body perfect. People from families with higher socioeconomic status or strict cultural standards may experience body dysmorphic disorder more often. Someone who feels that he or she must live up to unobtainable or unrealistically high expectations for personal appearance and success may be more prone to BDD.

Readers have given Shattered Image a five Star Review on Amazon in their search for help with Body Dysmorphic Disorder. His Genuine and Revealing account of his own struggle has help readers to relate to the struggle and gain significant help. Although it is written from a man’s perspective as plenty of men struggle with body dysmorphic disorder, women easily identify with the authors battle and some see this disorder not gender based. It is certainly an important book to get on the way to getting through this painful Issue.

Take a Look at Some Additional Books that Might be Helpful